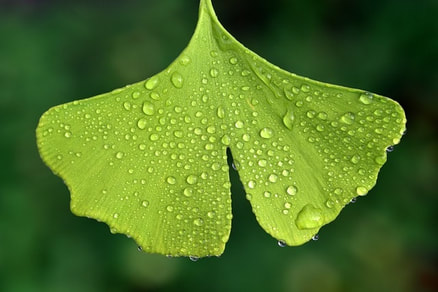 I want to share some really important information with you about ways that you can vastly improve both the physical structure and cognitive function of your brain by harnessing the immense power of nootropic herbs.

​You’ll have probably come across the term ‘nootropics’ if you’ve been following any of the ‘bio-hacker’ bloggers online.  Bio-hackers experiment – largely upon themselves – to find ways of enhancing performance to gain a competitive edge.

For herbs to be considered to be nootropic they must be able to:

Before I introduce the herbs that have proven brain-health benefits, I should explain that I was inspired to write this piece as I spotted something rather interesting just very recently online:  Harvard Medical School recently launched a statement about ways to improve cognitive function.  And, amazingly, they stated; “Follow a Plant-Based Whole Food (PBWF) diet”– as their number one step you can take to enhance your mind – in all respects. So, before even considering shelling out on herbs to boost brain health and performance – get your underlying nutrition right.  Remember that a PBWF diet dramatically reduces harmful chronic inflammation, which is an underlying component of all brain disease. I would also strongly suggest that appropriate exercise is essential – it is a known brain performance booster – as is taking time out to meditate – and I’ve covered the health-promoting effects of these in other articles here on this blog.

These are the top 4 nootropic herbs – that have been proven to work – are safe, and more effective than comparable pharmaceutical drugs:

Anti-oxidant neuroprotection
Your brain is an extremely active organ and as such it is highly susceptible to oxidative damage from free radicals. It is also protected by the blood brain barrier which may prevent beneficial anti-oxidants from counteracting the effects of free radicals in the brain.  However, research shows that BM can boost your capacity to fight free radicals by increasing brain levels of key anti-oxidant compounds including glutathione, vitamin C, vitamin E and vitamin A.

BM inhibits Acetylcholinesterase
Acetylcholine is an important neurotransmitter which assists memory and cognition. However, it can be “switched off” by an enzyme called acetylcholinesterase (ACHe) within 1/500 of a second. While this is a normal occurrence in the chemical balance of our brains, if ACHe becomes overactive, cognitive function will decrease.

BM reduces memory impairment through reduction of lipid peroxidation and restoration of anti-oxidant enzymes, it also inhibits beta-amyloid protein plaques (which are a key neurodegenerative component of Alzheimer’s Disease).

BM is an effective memory enhancer – particularly for word recall and verbal tasks – it has been used by Vedic scholars for millennia to memorise long passages and hymns.

Safety/Side Effects
The most common side effects of BM are mild gastrointestinal upset, however one placebo-controlled double-blind trial in adult men showed no adverse effects with doses up to 300g for 4 weeks.

Ginkgo Biloba
Ginkgo is an antioxidant and a nerve cell protector. It stabilises cell membranes, and this inhibits excess blood clotting and facilitates relaxation of blood vessel walls.

Like BM, above, ginkgo aids brain function and health, including the prevention of beta-amyloid protein plaques – benefitting healthy people and those with neurological disease, and it dramatically improves performance in non-contextual word-recall tests.

Gingko is as effective at improving symptoms of dementia as the widely used pharmacological therapy, ergoloid mesylates, (a combination of drugs used to relieve age-related mental decline). This is supported by other studies which show Ginkgo is comparable to the medication donepezil, used to improve cognitive function in patients with Alzheimer’s; and that that Ginkgo is equally effective in treating mild to moderate Alzheimer’s, compared to all second-generation cholinesterase inhibitor medications.

Safety/ Side Effects
Ginkgo is safe in both healthy and diseased populations. However, caution must be taken when consuming it alongside blood thinners such as warfarin or aspirin.  Despite studies showing that Ginkgo Biloba does not affect our speed of clotting, it is still recommended to discontinue its use at least 36 hours before surgery (some studies suggest 14 days before).

Dosage
For people with diagnosed cognitive dysfunction through dementia, dosage is between 120mg-240mg daily (taken three times a day). The optimum dosage for healthy people is 180mg per day.  Best results are achieved through daily dosing for a period of 6 to 12 weeks, with many people noticing improvement as early as 4 weeks.


Huperzia serrata
Huperzine extract is a form of toothed clubmoss, native to China and India. The benefits of consuming huperzine on our cognitive performance and brain function have been demonstrated in many studies. Research on patients with Alzheimer’s have shown improved brain function, memory, cognition and behaviour. In fact, 58% of the patients treated saw improvements in one of these areas, which was 22% greater than placebo.

Safety/ Side Effects
A study of 474 patients showed no influence of huperzine on vital signs, blood test results or ECG test results. Improvements in mental capacity and function, were seen at dosages of 100mg-500mg per day and doses are usually taken 2-3 times a day.

Vinpocetine
This compound is extracted from lesser periwinkle plant, native to central and southern Europe. The benefits of vinpocetine on cognitive function and memory have been well proven.  One study in healthy volunteers, showed that a two-day course of 40mg of vinpocetine improved memory using the Sternberg technique. This test is where a group of symbols (numbers/letters/shapes) is shown to a participant and the person is asked if a specific symbol was contained in the group. Vinpocetine was able to improve the ability to examine and compare each item in turn to gain the correct answer (e.g. repeating the sequence in order).

Safety/ Side Effects
It is considered unequivocally that vinpocetine is a very safe substance, even up to doses of 30mg per day.

In closing
If you want to explore ways of improving your mental performance, all of these herbs are definitely worth trying – alone or in combination – however always take sensible precautions: strength of individual products varies – so follow the dosage instructions on the packaging carefully – and avoid anything that you may be allergic to.