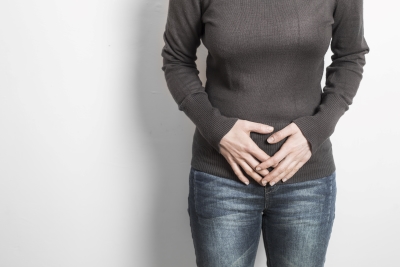 Urosepsis is a type of sepsis that is caused by an infection in the urinary tract. It is a complication that is often caused by urinary tract infections that have not been treated promptly or adequately.

Urosepsis is a serious complication which requires immediate medical care to prevent it from becoming potentially life-threatening. Anyone experiencing symptoms should seek emergency medical attention.

As urosepsis is a complication of a urinary tract infection (UTI), the majority of people with urosepsis will have symptoms of a UTI already.

The most common form of UTI is a bladder infection, with symptoms including the following:

In some cases, the infection can spread beyond the bladder, potentially reaching the kidneys and ureters. Urosepsis is a possible complication when the infection reaches these areas.

Alongside the UTI symptoms listed above, urosepsis may cause some more serious symptoms which are common to other forms of sepsis. Anyone experiencing these symptoms should seek immediate medical care.

Symptoms of urosepsis include:

During septic shock, blood pressure drops extremely low, and the organs may begin to shut down. These symptoms are life-threatening and require immediate medical care.

UTIs can occur from bacteria entering through the urethra. The bacteria may reach the urethra in a variety of ways, such as sexual contact, poor personal hygiene, or pre-existing bladder conditions. Sometimes UTIs will develop due to existing bacteria in the bladder multiplying to an unhealthy level. Women are more prone to UTIs than men due to their urethra being shorter.

The bacteria can then spread from the urethra to the bladder, where they then multiply and cause the infection. If this is left untreated, complications such as urosepsis can occur.

Some groups of people are more at risk of developing urosepsis, such as women and older adults. People with open wounds or devices such as catheters or breathing tubes may also be more at risk of getting infections and UTIs, which in turn increases the risk of urosepsis.

Other risk factors for urosepsis include:

Not everyone treated for urosepsis will have complications, particularly if it is treated effectively and quickly.

Possible complications of urosepsis include:

A doctor may be able to diagnose urosepsis after confirming that the patient has a UTI, which is done through a urine sample. If a UTI has been left untreated or the doctor believes the infection may have spread, blood tests may be ordered to help diagnose urosepsis.

The doctor may also look for another source of infection that could be causing the sepsis – they may use a chest X-ray to examine the lungs, or a blood culture to identify bacteria in the bloodstream. The skin may also be examined for rashes or ulcerations. Other imaging tests may be completed, such as a CT scan or ultrasound.

If they are caught in a timely manner, UTIs are easily treated with antibiotics and drinking plenty of fluids.

Urosepsis treatment, however, is not as simple as it may not respond to antibiotics alone. Antibiotics will likely be used to start the treatment in order to treat the initial UTI.

The patient will then be monitored closely to see how they respond to the antibiotics. If the patient has severe sepsis or septic shock, they may require oxygen.

Some people will need surgery to remove the source of an untreated infection entirely.

Vasopressors may be prescribed – these constrict the blood vessels and increase blood pressure in order to prevent the organs from shutting down due to septic shock.

Emergency hospitalisation in the intensive care unit may be required if urosepsis is not treated promptly. If it progresses and develops into septic shock, they will need emergency medical care.

As urosepsis is often the result of an untreated UTI, it is essential to prevent UTIs wherever possible.

There are a variety of steps a person can take to help prevent UTIs, including:

Anyone experiencing symptoms of a UTI should visit their doctor for diagnosis and treatment. Doing this quickly is key to avoiding complications such as urosepsis.

Urosepsis is a serious and potentially life-threatening complication of a UTI. Being aware of the signs and symptoms may help people to understand the importance of getting prompt treatment for infections.

Anyone who thinks they have a UTI or other problem with their urinary tract should seek medical care.