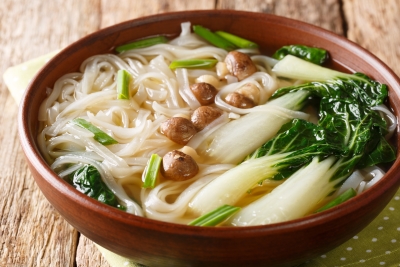 This delicious soup is profoundly healthy – I actually call it my “Magical Medicinal Mushroom Soup” as it really is powerful – but that’s not such an appetising name, is it. So, “Happy Soup” it is. This soup contains a surprising ingredient, goji berries. These delicious berries have a long history in Traditional Chinese Medicine (TCM) and are often included in healing foods like this, in Chinese culture. Called ‘Gou Qi Zi’, goji berries are used to slow down ageing, improve eyesight and act as a general tonic.