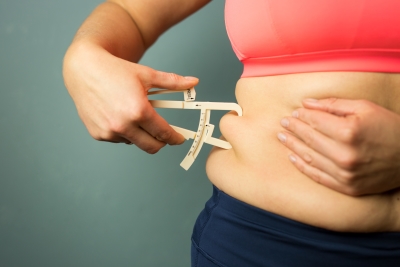 Our body fat is far from being an inert tissue that just hangs around, being mostly annoying.  In fact, fat is a biologically active tissue and comes in a couple of different types: white fat and brown fat.

White fat, which was previously believed to be inert, produces a harmful range of messenger hormones called cytokines which are involved in the development of cardio-vascular disease, type 2 diabetes and other conditions that have an underlying inflammatory component such as the vast majority of cancers, most types of arthritis, neurological disorders including Alzheimer’s and Parkinson’s and more.  Each white fat cell stores energy in the form of a single large, oily droplet. Brown fat cells, – also known as Brown Adipose Tissue or ‘BAT’, by contrast, contain many smaller droplets, as well as chestnut-colored molecular machines or organelles known as ‘mitochondria’ – our cellular powerhouses. These organelles burn up the droplets to generate heat.

Previously it was believed that adults don’t have much or even any brown fat and it was thought that only babies had high deposits of brown fat to keep them warm through thermogenic activity – or the warmth provided by the mitochondrial burning of the fatty deposits in the brown fat cells.  Babies rely on thermogenic deposits of brown fat in the neck and around the shoulders to stay warm as they can’t shiver and it was assumed that all brown fat disappeared during childhood. More recent findings revealed otherwise. Adults have brown fat, too but it is quite hard to find.

Brown fat can fuel itself with triglycerides which it draws from our bloodstream, this is exactly the kind of fatty molecule known to increase the chances of developing ‘metabolic syndrome’, a cluster of conditions that raises our risk for heart disease, stroke and Type 2 diabetes. Brown fat cells also draw sugar molecules from our blood. This is helpful as chronically high levels of blood glucose wreak havoc on all body systems and promote premature ageing through the formation of Advanced Glycation End-products (AGEs). AGE’s cause proteins in our bodies to become stiff and brittle and eventually this leads to them simply falling apart – we see this when our skin wrinkles, but internally AGEs have far more serious consequences and are implicated in kidney disease, blindness, cognitive impairment and more.

When the thermogenic role of brown fat became clear – it was as if the holy grail of weight management had been discovered!  The idea was appealingly simple: if researchers could figure out how to incite the body to produce extra brown fat or somehow rev up existing brown fat, a larger number of calories would be converted into heat, reducing deposits of white fat in the process. Brown fat proved challenging to study in adults, however, mainly because it was so hard to locate. In addition, some experts doubted that enough brown fat could remain in the grown-up body to make much of a difference for the obese. Now, however, the understanding of brown fat is turning a corner, thanks to vastly improved scanning techniques; PET and CT scans which are accurate but expose test subjects to radioactive isotopes and now, thankfully, hugely improved and far less invasive MRI scans. The latest evidence suggests that brown fat can indeed reduce excess stores of fat even in the obese.

So, how can we activate brown fat?

The easiest way to activate brown fat is to expose people to low temperatures, which somewhat diminishes brown fat’s appeal as a weight-loss tool.

In a 2012 study, six men remained inactive for three hours while wearing a cold suit that circulated water with a temperature of 64.4 degrees Fahrenheit over their skin—cold enough to lower their body temperature without causing too much shivering. That way the researchers could be sure that most of the extra calories burned during those three hours were expended by brown fat cells rather than quivering muscles.

The volunteers burned an extra 250 calories compared with what they would have used up during three hours of inactivity at more typical indoor temperatures. Although that may not sound like a lot, an extra 250 calories a day for two weeks would consume enough energy to allow a dieter to lose a nearly pound of fat (one pound of fat provides 3,600 calories).   1 pound of fat lost per fortnight doesn’t sound much but actually equals a total loss of 26lbs in one year – which is highly significant.

Researchers now embrace the idea that there is no doubt that an unhealthy diet and sedentary lifestyle are the two chief drivers of the obesity epidemic but “lack of exposure to temperature variation could be a subtle contributor.” In other words, central heating has its drawbacks, in part because it may dampen brown fat’s activity.

Not quite ready for the chill? Exercise may be the key:

Researchers have also identified compounds that can activate brown fat without the need for unpleasantly chilling temperatures. Several molecules have been identified that may be able to stimulate the “browning” of white fat without the need for cold. Two 2012 studies showed that a hormone called irisin, which is released from muscle cells after exercise, coaxes white fat to behave like brown fat.  Exercise has also been shown to increase UCP1 activity in brown fat, making it more active.

Don’t under-eat or over-eat – the chemical signals that tell us when to stop eating are also involved in turning white fat into brown fat.

A study from Yale University, published in the journal Cell, found that eating too few calories prevented white fat from turning brown. However, eating just enough to satisfy hunger – which catalyses the action of the signaling neurons – causes white fat to turn brown. Conversely, other research shows that overconsumption increases white fat and it compromises brown fat’s ability to burn calories.

The hormone melatonin helps regulate our sleep-wake cycle, however, research published in the Journal of Pineal Research found that in rats, it increases the presence of “beige” fat – similar to brown fat in its calorie-burning capabilities. Instead of taking a melatonin supplement, try to stimulate your body’s own natural production by avoiding nighttime exposure to light from TVs, computers and other screens.  Try to get some sunlight exposure during the day, and load up on melatonin-rich foods, including tart cherries, almonds, tomatoes, coriander and cardamom.

Ultimately, a wholefood, vegan plant-based anti-inflammatory diet with sensible exercise and stress management through mindfulness meditation is the best way of conserving brown fat stores – and if you feel inclined, turn down your heating just a notch to get yourself into that thermogenic mode – you’ll be helping yourself and the planet.