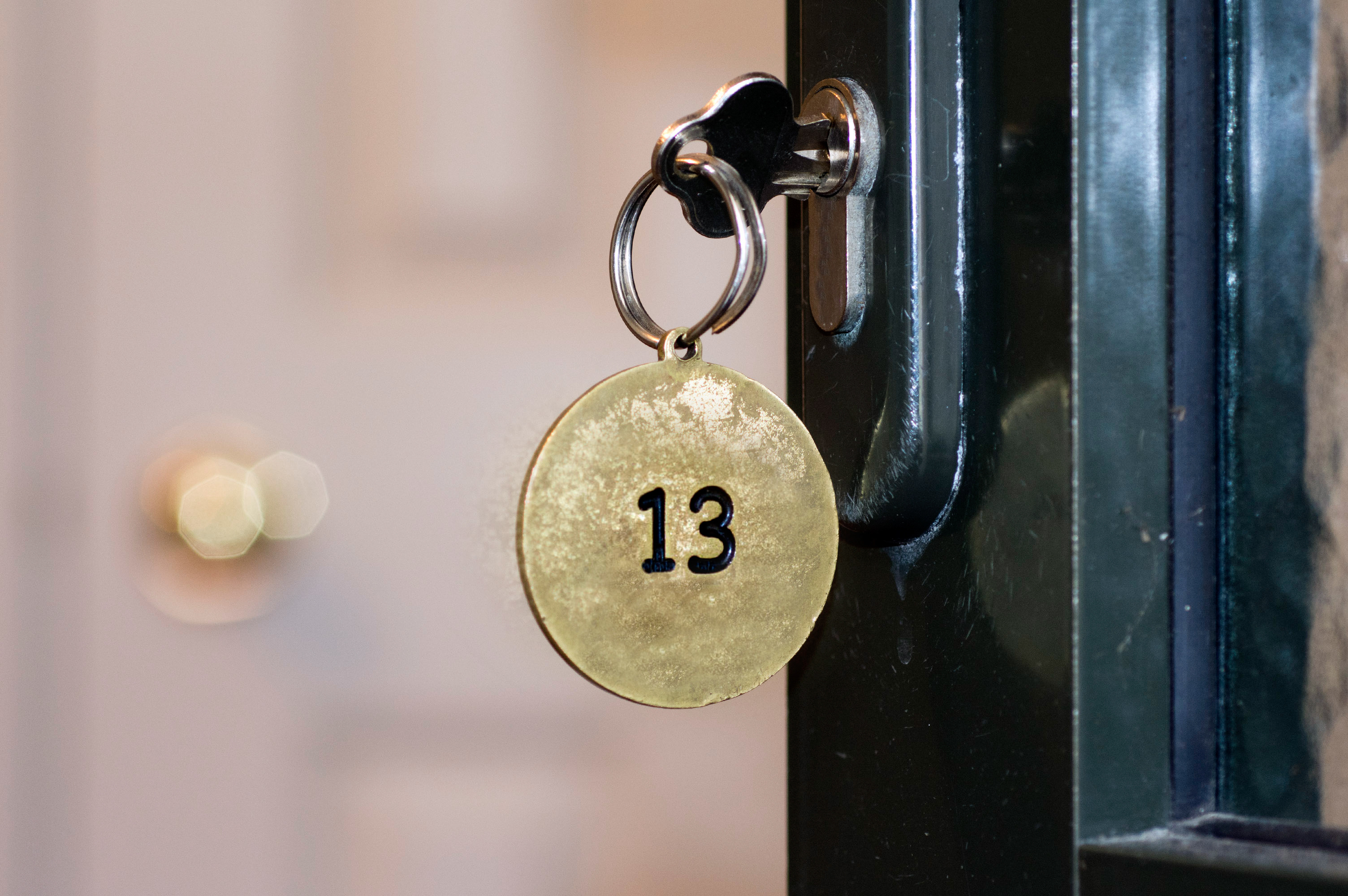 On Friday the 13th, vast numbers of people across the world will avoid going about their usual business because they fear this day will bring them “bad luck.”

Airlines and airports tend to skip a 13th aisle or gate, some hotels and hospitals do not have a room with the number 13, and more than 80% of high rise buildings in the world do not have a 13th floor.

Billions of people across the world are superstitious – a quarter of adults in the United States consider themselves to be so, and recent trends have shown that younger people are more superstitious than older adults. A recent study showed that 70% of US students rely on good luck charms for better academic performance.

Similarly, millions of people in China believe that the colour red or number 8 will bring them wealth and happiness. A study of consumers in Taiwan also revealed that shoppers would pay more money for fewer items in a package, as long as the number of items in the package represents a “luckier” number.

Many of us know that these beliefs are irrational, yet still abide by them. Why do we do it? Do superstitions fulfil an important psychological role? What are some of the mechanisms that explain these beliefs? How do superstitions affect our mental wellbeing?

Why do we believe the unbelievable?

Despite knowing on some level that they cannot be true, we often believe in superstitions anyway. Jane Risen has explained why we do this by using the so-called dual process model of cognition.

According to Risen, humans can think both “fast” and “slow”. Fast thinking is snappy and intuitive, while slow thinking is more rational, and overrides the intuitive judgement when it finds errors.

Although the dual thinking model is well established, Risen believes that it should undergo refinements in the case of superstitions. She notes that error detection does not automatically involve error correction – people can realise that their belief is wrong and still act on it.

“People can detect an error, but choose not to correct it, a process I refer to as acquiescence,” says the author.

However, superstitions are not merely a manifestation of our flawed cognition, and can sometimes offer a host of benefits.

How superstitions may relieve anxiety

Superstitions can sometimes have a soothing effect, relieving anxiety about the unknown and helping people gain a sense of control over their lives. This could also be one of the reasons superstitions have survived for so long – people have passed them down through generations.

As an article appearing in the International Journal of Psychology and Behavioral Sciences states, “Superstition has its roots in our species’ youth when our ancestors could not understand the forces and whims of [the] natural world. Survival of our ancestors was threatened by predation or other natural forces.”

As a result, superstitions have “evolved” to produce “a false sense of having control over outer conditions,” and reduce anxiety. This is also why superstitions are “prevalent in conditions of absence of confidence, insecurity, fear, and threat.”

A Medical News Today reader echoes the same sentiment when talking about their parents’ superstitions. “My mum has tons of superstitions,” they say. “[She] can’t walk under a ladder, can’t put new shoes on the table (even in their box), can’t break a mirror, can’t give a purse without money in it, [has] to throw a pinch of salt over her left shoulder if she spills some.”

“I think some of these are just common sense comments, such as don’t break a mirror or you might cut yourself because the shards are sharp, that have grown into something more. But they transform into this set of rules to live by, often for no apparent reason,” the reader continues.

“I think life is a series of random coincidences and can’t be shaped by these strange little habits, but I guess it’s reassuring to believe you have some control over it — especially when there’s so much about our lives and society that we can’t change. Life is pretty scary sometimes,” they add, “so […] people [do] whatever they can to try to avoid hidden dangers.”

Due to the effect of superstitions relieving anxiety, they may objectively improve performance.

Stuart Vyse, author of Believing in Magic: The Psychology of Superstition and former professor of psychology at Connecticut College, explains in an interview for the British Psychological Society:

“There is evidence that positive, luck-enhancing superstitions provide a psychological benefit that can improve skilled performance. There is anxiety associated with the kinds of events that bring out superstition.”

“The absence of control over an important outcome creates anxiety. So, even when we know on a rational level that there is no magic, superstitions can be maintained by their emotional benefit.”

One study that examined performance in golfing, motor dexterity, memory, and anagram games, discovered that making gestures such as keeping one’s fingers crossed or uttering phrases such as “break a leg” or “good luck” boosted the participants’ confidence.

This mechanism is mediated by increased self-confidence, write the authors.

‘Cheap’ superstitions better than costly ones

“[O]nce you know that a superstition applies, people don’t want to tempt fate by not employing it,” says Vyse. He goes on to cite an example of a chain letter that became famous among journalists in the U.S.

“Many of these journalists knew that it was bunk, but they did not want to tempt fate by not copying the letter and sending it on,” says the researcher.

Similarly, while commenting that one has been in great health for years, “touching wood” by knocking on a wooden surface is a small price to pay compared with a potentially devastating illness.

One study confirms this and explains that superstitions appeal to people because the advantages outweigh the disadvantages of a so-called costly exploration scenario – a situation where a person must explore an uncertain environment.

According to the authors, “superstitions that involve carrying small, lightweight lucky charms might persist because the same general learning rules for identifying causal relationships in other settings are advantageous, while here they do next to no harm.”

“Similarly, […] avoiding the number 13 may impose a relatively small cost with potentially large benefit, which might explain why this superstition persists.”

Superstitions and OCD: A complex link

A person that Medical News Today interviewed revealed that they need to set their alarm “at least 10 times every night, along with muttering some reassuring words.”

Otherwise, they continued, “I feel like something negative will happen in my life. I can’t stop setting my alarm until I feel at ease. I’ve been known to get to about 50 before.”

People who perform these ritualistic behaviours often draw comfort from them, despite appearing unusual to some other people. The interviewee continued, “I actually think it’s a good thing sometimes – a way of keeping yourself mentally on track!”

Sometimes, however, repeated behaviours may signal a more severe condition, such as obsessive-compulsive disorder (OCD).

A second interviewee said, “For me, superstitions cross over into OCD. I do ‘superstitious thinking’ when I’m struggling with OCD, where I believe doing or thinking something will make something happen or not happen.

“An example is that I need to pick the correct pair of socks to wear; otherwise, my mum will die. So for me, [superstitions are] potentially harmful and a sign I’m not doing that well.”

There has been much debate surrounding the issue of whether OCD and superstitions share a continuum. Some researchers believe that they do not, pointing out that superstitions and OCD do not use the same areas of the brain.

OCD and superstitions do share many overlapping traits, however, such as performing rituals to ward off harm. Some researchers have also defined superstitious rituals as “maladaptive methods of attempting to gain control in uncertain situations.”

“Likewise,” they continue, “compulsive behaviours are maladaptive and performed with the intent of preventing or reducing anxiety associated with the obsessive thought.”

However, it is important to remember that although there does seem to be an established link between superstition and OCD, there are discrepancies in the results of various different studies that tackled this link.

Drawing the line between superstitions and OCD is a delicate issue that healthcare professionals should handle competently and sensitively. Medical News Today have an informative article about OCD for those who wish to know more about the condition.