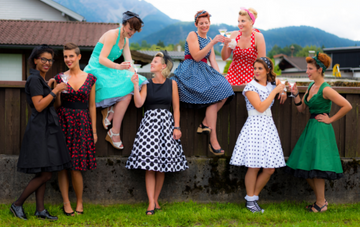 Ageing is a really intriguing topic – we all age differently – some more successfully than others.

Ageing is considered a holistic phenomenon.

Each individual human body is made up of complex biological systems with a unique ‘mind’ also… doesn’t it all just get so wonderfully and intricately complicated?

Most of the really compelling research into successful, healthy ageing and biological age reversal, centres around the idea that much of the cause of (and cure for) ageing and decline into illness is a social construct.

In a majority of western nations, there are pretty rigid views of what we should become as we hit each of the birthday milestones – 21, 30, 40, 50 and so on!

Of course, these illustrations are simple clichés and there will always be variations, but in the main, they do tend to hold true but research shows us that decline into old age is not inevitable and we can look to avoid or even reverse our biological age!

Ellen Langer PhD, a professor of psychology from Harvard Medical School ran several ground-breaking and thought-provoking experiments. Much of her work focused on the topic of ‘Social conditions may foster what may erroneously appear to be necessary consequences of ageing’ or in other words ‘do we age because society expects us to’?

Langer’s experiments demonstrate that given the right circumstances, we can reverse a person’s age – not chronologically, of course, but biologically.  The surprising truth is that your real (biological) age can be very easily manipulated.  In fact, Langer indicated that we have almost complete mental control over our diseases which include the conditions we perceive to be an inevitable counterpart to ageing.

In the 1970s Langer hypothesised that by immersing a group of elderly men in an environment where all sensory clues pointed to a time (the late 1950s) when they felt at their very best, the men might get biologically younger.

The men spent a full week surrounded by paraphernalia from twenty years when they were considered to be ‘at their peak’. They listened to radio shows from that time and talked through news from the period. They were banned from discussing any events post-1959 and talked about themselves, their families, and their work as they were still in the ’50s.

It was recorded that this immersion sent signals to the body which resulted in the manifestation of both the energetic responses and biological profile of a much younger person. The men, by “acting as if” they were still in their late fifties and early sixties, actually changed their performance on benchmark tests of age.

By the end of the study, the experimental group demonstrated marked improvement in their hearing, eyesight, memory, dexterity and appetite!

The study concluded that expecting people to function independently and engage with them as if they were younger, gives individuals the opportunity to view themselves differently. As a result, they receive positive results from a biological age perspective.

In a BBC Horizon programme, six well-loved British celebrities who were household names in the 1970s – Liz Smith, Lionel Blair, Dickie Bird, Sylvia Syms, Derek Jameson and Kenneth Kendal – were taken back to this time by immersing them into a fully 1970s environment for a week – when they felt that they were at their ‘prime’.

They had to lug their own suitcases upstairs, had to cook for themselves, navigate their way through the shag-pile carpet to change the television channel, cope with standard 70s psychedelic wall-paper, consume the now legendary “Vesta” Chow Mein – and all other sensory input was from that time – including having pictures of themselves and their families on display.

As with the group of men from the Counter Clockwise study, this group benefitted from the most incredible biological age rewind. Astonishingly, the group became physically and psychologically younger. Their hearing, grip strength, balance and manual dexterity improved as well as memory and IQ! Balance also improved dramatically and they even became taller – all in just one week!

Because the celebrities’ minds were actively engaged in living 20 years earlier, their bodies seemed to follow. Langer believed this profound – and extremely rapid – age reversal is a demonstration of how our bodies don’t let us down as we get older, but our minds accept the labels of ageing!

The Effect of Speeding up or Slowing Down Time

Another intriguing example of how profoundly our minds affect our biology comes from a study on people with Type 2 diabetics.  Once again in this experiment, Langer wanted to find out if the mind can affect blood sugar levels in people with Type 2 diabetes, by asking them to perform simple tasks for a period of 90 minutes. The 46 participants’ perception of time was manipulated by having them refer to clocks that were either accurate or altered to run fast or slow.

Blood glucose levels changed in accordance with how much time they believed had passed instead of how much time had actually passed. These results are an example of the influence psychological processes can directly exert on the body.

This study was hugely significant as Type 2 Diabetes is one of the many illnesses related to ageing and poor health and can also on the whole be avoided through taking control of one’s activity levels, nutritional intake and mindset – all key factors of biological age!

So my advice is to incorporate as many “youth cues” into your life as you can.

Whenever you have the opportunity, listen (and dance!) to the music that really got you on your feet in your ‘younger years’ aka your biological prime!

Perhaps even get a group of friends together from this time for a ‘Rewind Party?’ Go all out with the outfits and hair to match as well providing plenty of images to remind you of the good old days!

Ultimately go and have a blast because happy memories, no matter your actual age, is a wonderful tonic for controlling our biological age!

Wow, what an uplifting article. I often feel guilty for not acting my age, but I won’t any more! Thank you Jayney for yet another great, practical article.

Such an excellent read! Thank you very much for this informative blog post 🙂

Thank you so much! So pleased you enjoyed it.