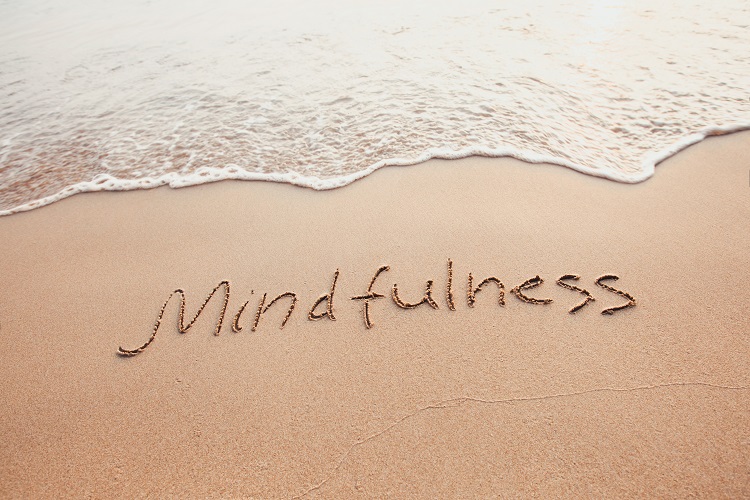 Ever wonder why some people seem to feel less pain than others? A study conducted at Wake Forest School of Medicine may have found one of the answers – mindfulness.

“Mindfulness is related to being aware of the present moment without too much emotional reaction or judgment,” said the study’s lead author, Fadel Zeidan, Ph.D., assistant professor of neurobiology and anatomy at the medical school, part of Wake Forest Baptist Medical Center. “We now know that some people are more mindful than others, and those people seemingly feel less pain.”

The study is an article in press, published ahead-of-print in the journal PAIN.

The researchers analyzed data obtained from a study published in 2015 that compared mindfulness meditation to placebo analgesia. In this follow-up study, Zeidan sought to determine if dispositional mindfulness, an individual’s innate or natural level of mindfulness, was associated with lower pain sensitivity, and to identify what brain mechanisms were involved.

In the study, 76 healthy volunteers who had never meditated first completed the Freiburg Mindfulness Inventory, a reliable clinical measurement of mindfulness, to determine their baseline levels. Then, while undergoing functional magnetic resonance imaging, they were administered painful heat stimulation (120°F).

Whole brain analyses revealed that higher dispositional mindfulness during painful heat was associated with greater deactivation of a brain region called the posterior cingulate cortex, a central neural node of the default mode network. Further, in those that reported higher pain, there was greater activation of this critically important brain region.

The default mode network extends from the posterior cingulate cortex to the medial prefrontal cortex of the brain. These two brain regions continuously feed information back and forth. This network is associated with processing feelings of self and mind wandering, Zeidan said.

“As soon as you start performing a task, the connection between these two brain regions in the default mode network disengages and the brain allocates information and processes to other neural areas,” he said.

“Default mode deactivates whenever you are performing any kind of task, such as reading or writing. Default mode network is reactivated whenever the individual stops performing a task and reverts to self-related thoughts, feelings and emotions. The results from our study showed that mindful individuals are seemingly less caught up in the experience of pain, which was associated with lower pain reports.”

“Now we have some new ammunition to target this brain region in the development of effective pain therapies. Importantly this work shows that we should consider one’s level of mindfulness when calculating why and how one feels less or more pain,” Zeidan said. “Based on our earlier research, we know we can increase mindfulness through relatively short periods of mindfulness meditation training, so this may prove to be an effective way to provide pain relief for the millions of people suffering from chronic pain.”

This work was supported by the National Center for Complementary and Integrative Health, R21-AT007247, F32-AT006949, K99/R00-AT008238 and F30-AT009165; the National Institute of Neurological Disorders and Stroke, R01-NS239426; the Mind and Life Institute Francisco J. Varela Award and the Wake Forest Center for Integrative Medicine.