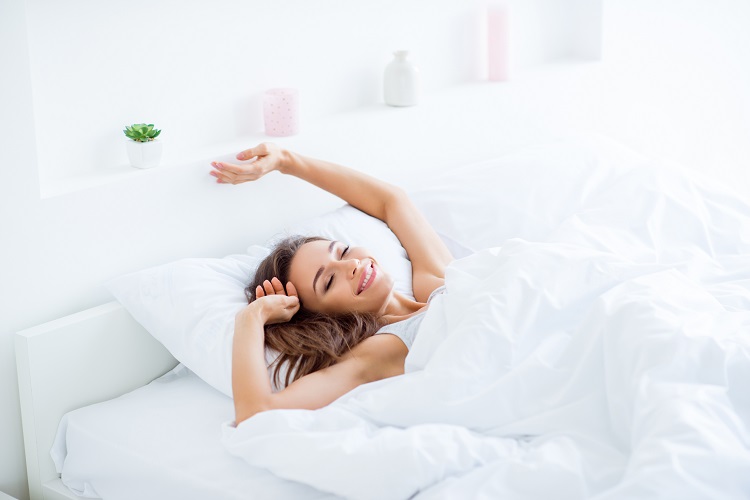 Sleep deprivation is a major public health concern – around 30% of adults in the United States do not get the amount of sleep that is optimal for health, and up to 70 million people in the U.S. have a sleep disorder.

Various things can help improve sleep, such as a new mattress, limiting alcohol consumption, regular exercise, and strictly using the bedroom for rest.

To assess the participants’ optimism, the researchers asked them to express their agreement with a series of 10 statements using a five-point Likert scale, ranging from “strongly agree” to “strongly disagree.”

As part of the CARDIA study, the participants reported on the quality of their sleep twice, 5 years apart, mentioning the number of hours they slept regularly and any symptoms of insomnia.

Some participants also filled in the Pittsburgh Sleep Quality Index and the Epworth Sleepiness Scale, and they wore activity monitors that objectively measured how long they were sound asleep for and how restless they were during the night.

To assess the link between optimism and sleep quality, the researchers applied multivariate regression analyses.

Optimists 74% less likely to have insomnia

The study revealed that each incrase in standard deviation correlated with a 78% increase in the odds of better sleep quality. Participants with higher scores were also more likely to sleep for 6-9 hours each night and 74% less likely to have insomnia

“Results from this study revealed significant associations between optimism and various characteristics of self-reported sleep after adjusting for a wide array of variables, including sociodemographic characteristics, health conditions, and depressive symptoms,” says Dr. Hernandez.

“The lack of [healthful] sleep is a public health concern, as poor sleep quality is associated with multiple health problems, including higher risks of obesity, hypertension, and all cause mortality,” she adds. “Dispositional optimism – the belief that positive things will occur in the future – has emerged as a psychological asset of particular salience for disease free survival and superior health.”

Although the findings are purely observational, the study authors speculate on a possible mechanism that may explain them.

“Optimists are more likely to engage in active problem-focused coping and to interpret stressful events in more positive ways, reducing worry and ruminative thoughts when they’re falling asleep and throughout their sleep cycle,” concludes Dr. Hernandez.