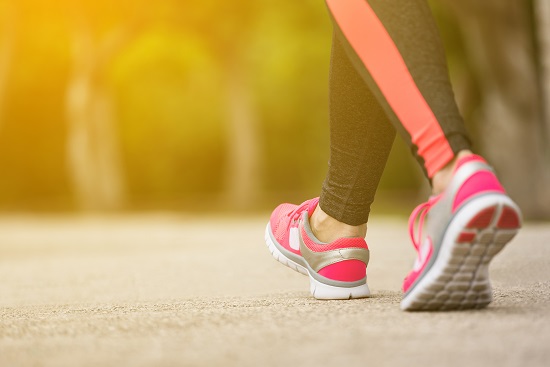 A recent BMJ paper gives a full account of the systematic review and meta-analysis.

It also revealed that sitting for more than 9.5 hours per day is linked to a significantly higher risk of early death. These findings largely confirm those of previous studies on links between physical activity, sedentary behaviour, and longevity.

The researchers believe that most health guidelines regarding minimum levels of exervise have relied mainly on studies that used self-reported levels of activity. They note that this new investigation is significant because only studies that measured physical activities using accelerometers were included – the movement sensors track the amount and intensity of activity during the day.

The researchers wanted to clarify the effect of sedentary behaviour. Guidelines advise people to spend less time sitting, but do not specify how much sitting can be harmful.

Another question that the new study clarifies is the contribution of low intensity activity.

For example, the United States government’s physical activity guidelines recommend a minimum of 150 minutes of moderate or 75 minutes of vigorous activity per week.

The guidelines say that light activity is a good start and is still beneficial to health, but the emphasis is mostly on moderate and vigorous activity.

Does this mean that low intensity activity is less beneficial than more vigorous activity?

“Answering these questions [has] huge relevance for health promotion,” state two of the authors of ths new study, Ulf Ekelund and Thomas Yates, in an accompanying BMJ opinion article.

What the researchers analyzed

For the study, the researchers examined links between physical activity, sedentary behaviour, and risk of death in middle-aged to older adults.

The analysis included data on a total of 36,383 adults of minimum age 40 years and average age 62 years. The data came from eight studies that tracked activity using motion sensors for up to one week and had followed the participants afterwards for an average of 5.8 years.

Activity had been categorised as light, moderate, or vigorous, and had estimated the amount of daily time spent doing each.

The results were arranged into quarters, ranging from the 25% most active to the 25% least active participants.

Of the participants, 5.9% (2,149 individuals) died during the followup. The researchers used these deaths to calculate the risk of death for the most to the least active participants.

Any level of activity makes a difference

The research team found that any level of activity – whether light, moderate, or vigorous – related to a significantly lower risk of death during the followup.

In addition, sitting for a total of 9.5 hours a day or more, not counting time spent sleeping, was linked to a statistically significant raised risk of death.

The researchers suggest that their findings support that any level of physical activity – even light exercise – is beneficial.

They also noted that the introduction of wearable sensors has allowed researchers to collect more precise and objective measures of levels and amount of physical activity.

“But,” they caution, “inconsistency and uncertainty remain, especially about the magnitude of any effects and the contribution to health of low levels of physical activity.”

However, the analysis that went into the new findings drew on high quality studies, harmonised methods, and used data on a large number of people. The total scope covered more than 240,000 person-years of followup and 2,100 events. This gave the authors “sufficient statistical power” to enable them to “differentiate between different levels of intensity – including low intensity physical activity”.